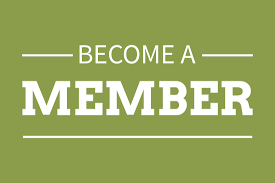 1.   Please check the eligibility dates below.
2.   Complete the American Legion's membership application by clicking here.
If mailing, print two (2) copies.  Keep one copy for your records. Mail the other copy to our PO Box located on our "Contact Us" page.
3.  Provide a copy of your DD214 or Discharge papers is a MUST.
4.  Provide your Membership Dues Payment.  (Amount Shown on Application). Please make checks payable to "American Legion Post 65"; please DO NOT send cash.
5.  Membership information is vetted, and if approved, a membership card will be mailed to you.  Please, ensure the address on your application is correct.

TRANSFERING MEMBERSHIP:  Veterans applying for transfers from your current Post to our Post must submit the following:

MEMBERSHIP ELIGIBILTY in the American Legion is based on honorable service with the U. S. Armed Forces between:

Because eligibility dates remain open, all members of the U.S. Armed Forces are eligible to join "The American Legion" at this time, until the date of the end of hostilities as determined by the government of the United States.

You MUST have served at least one day of active military duty during one of the dates below and honorably discharged or still serving honorably. :

Don't hesitate to contact our 1st Vice Commander (membership chairman) or stop at the Post for any questions.